8700 Put writers were in control since the open and after struggling entire day $NIFTY was able to get away from the lower range. The PCR at 8700 in September Series at 2.44 looks promising for that level to be held on the expiry day. PCR at 8800 is at 0.51 which is not a good sign for a sustainable move above 8800 but if buying emerges during the session, 8800 Call writers may have to take a hit as they run for a cover in the rise. 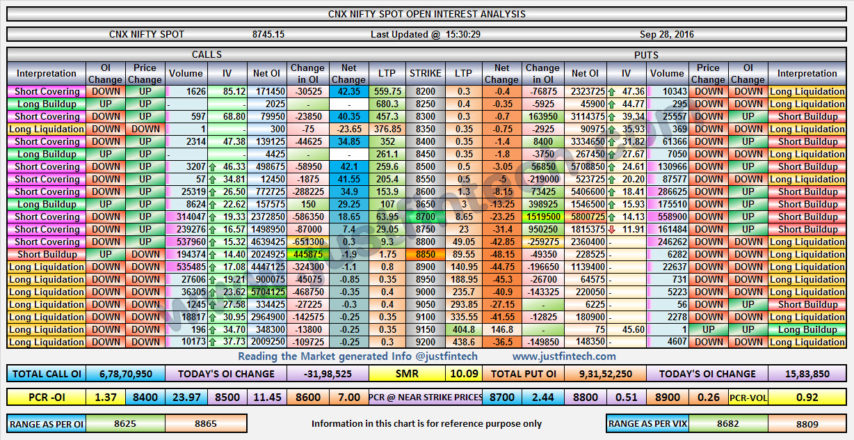 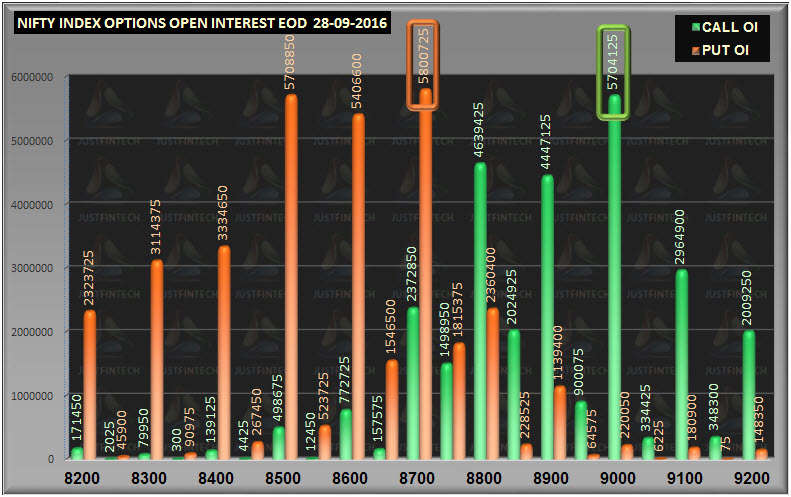 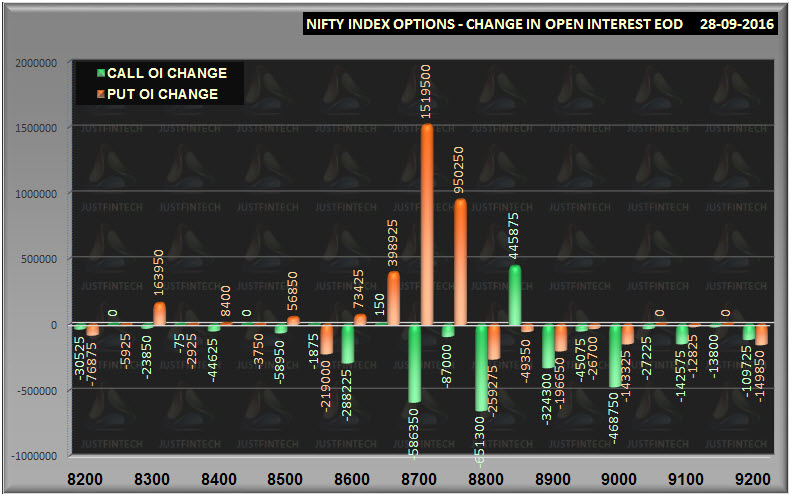 There is a huge addition in 8700 Put and 8750 Put, whereas there is decent liquidation in 8800 Call and negligible addition in the 8850 Call. The rollovers have already started and for a comparison, we can have a look at the October series Open Interest data to better understand the distribution of Open Interest across the strike prices. 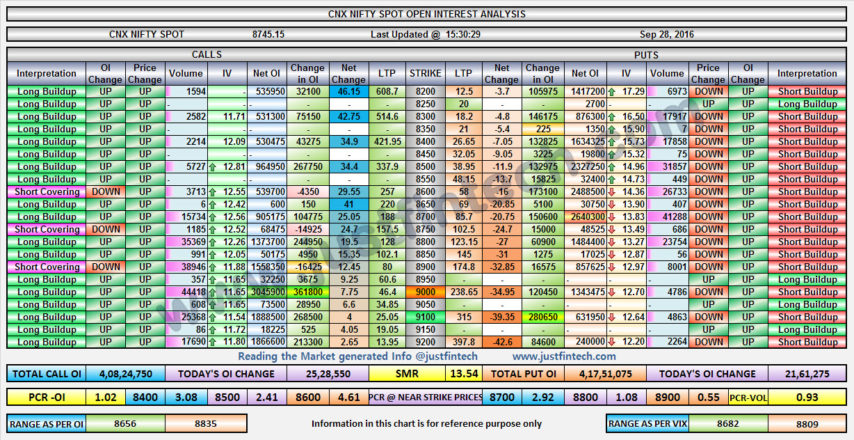 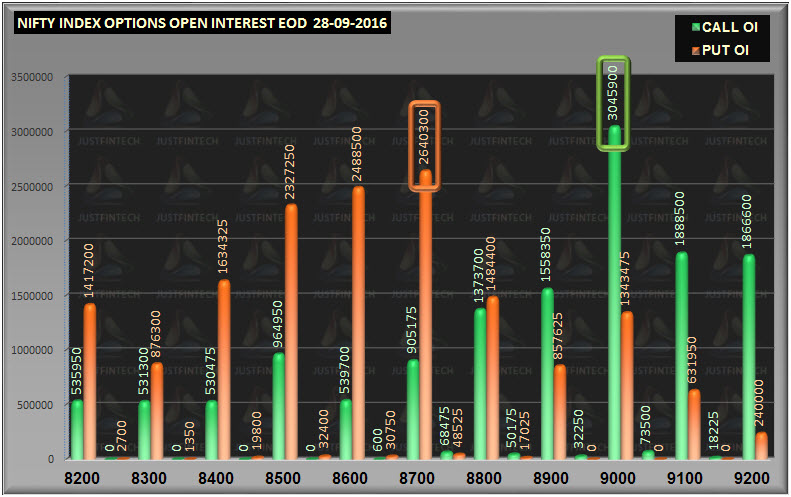 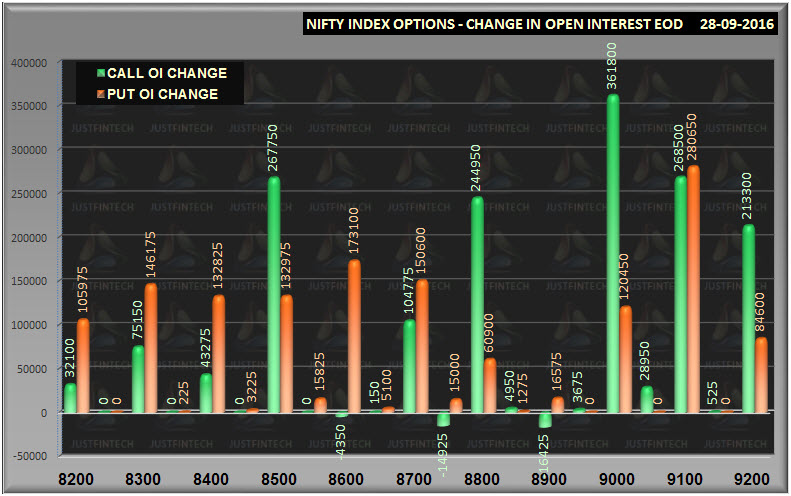 October series is developing an initial broader range of 8700-9000 as per the highest Open Interest build up.

Disclaimer : The charts and levels are for educational and reference purpose only and not a recommendation to trade. Trading derivatives involve substantial risk of loss. We will not be liable for any losses arising from any trades taken on the basis of these levels. The usage of the charts is subject to Terms of Use, Risk Disclosure / Disclaimer and the Privacy Policy of Justfintech.com