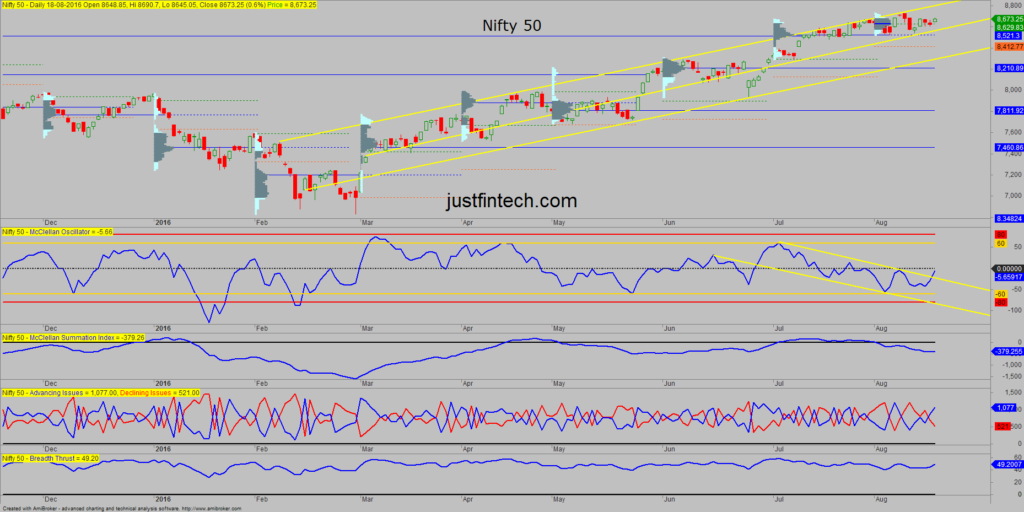 Nifty Spot McClellan Oscillator chart is compiled on the basis of the Exchange-wide End of the Day Advance – Decline data provided by the National Stock Exchange. Utmost care is taken for data entries & updating of the charts and we are not liable for any errors or omissions caused due to software and/or human error. The usage of the charts is subject to Terms of Use, Risk Disclosure / Disclaimer and the Privacy Policy of Justfintech.com