The June 2016 expiry series which also happens to be the Monthly Close of June and end of 2nd Quarter of the financial yearended with the S&P CNX Nifty Index closing at 8287.75 with a Month on Month gain of 127.65 points / 1.56% and a whoping gain of 537.75 points on a Quater on Quarter basis. The Nifty started off the June Expiry series on a positive note and inched towards a new 7 month high on 7th june which was broken on the expiry day to make another fresh high for the year 2016 and closed at the highest level of the year. Better part of June traded sideways after 7th june with a dip towards 7927.05 on 24th June in a reaction to the #BRexit referendum but rallied till the end of month post the shakeout. The FIIs had been sellers throughout the Expiry but flipped to huge buying in the last week and the impact was clearly visible in the Index. Nifty Futures June 2016 contract closed at 8284.75 while the July 2016 Contract closed at 8321.05. The statistics of the Institutions, whether Domestic or Foreign, provide a better view of their commitment towards the Index. As the DIIs are not that much involved in trading of Index Future Derivatives, we keep a close look at the Index Derivatives statistics of FIIs on a Daily as well as Expiry on Expiry basis. You can have a look at the FII Daily Index Derivatives Statistics by following this link – Daily FII – Index Derivative Statistics

The News of  #Rexit ( RBI Governor Raghuram Rajan announcing that he will return to academia when his term ends in September 2016) & the #BRexit referendum were absorbed by the Market & there were no signs of weakness visible going into the July Expiry. The point to keep a watch on is that the FIIs have gone extreme long on a cumulative basis due to the closure/rollover of the Expiry & few days into July if they do not continue the buying spree can bring this rally to halt as it reaches into the earlier supply zone. 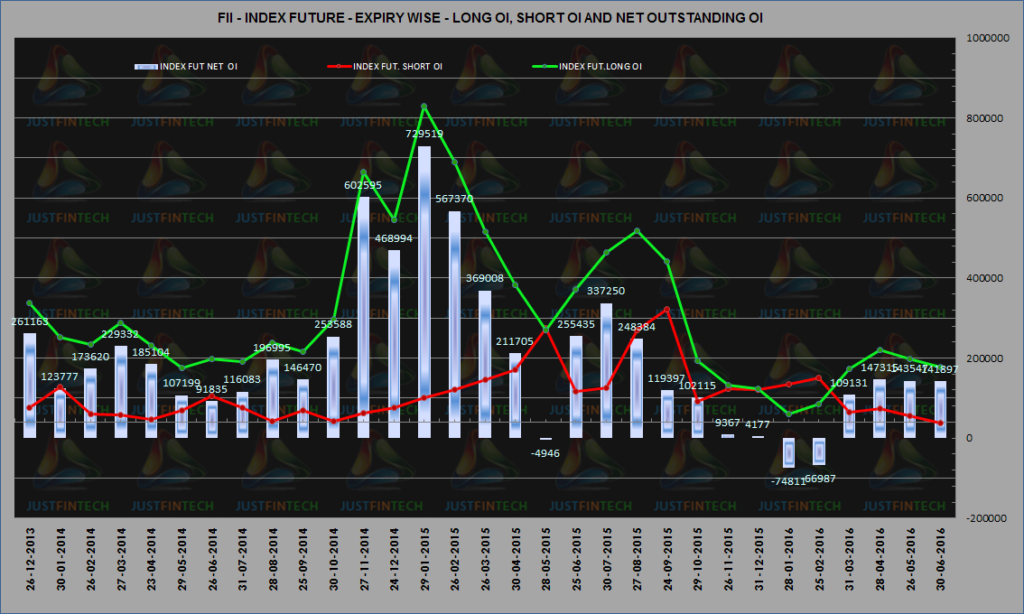 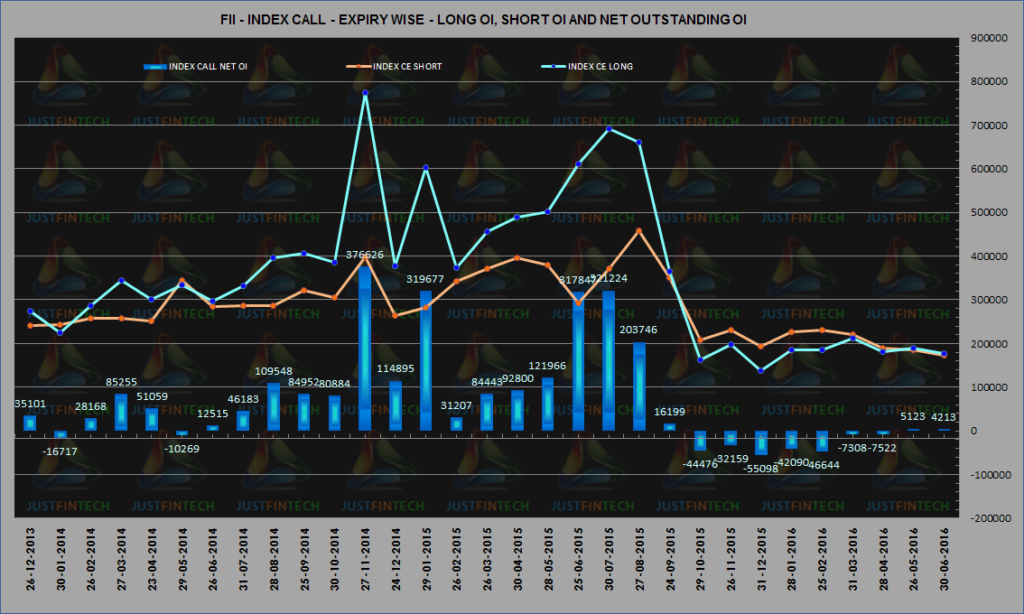 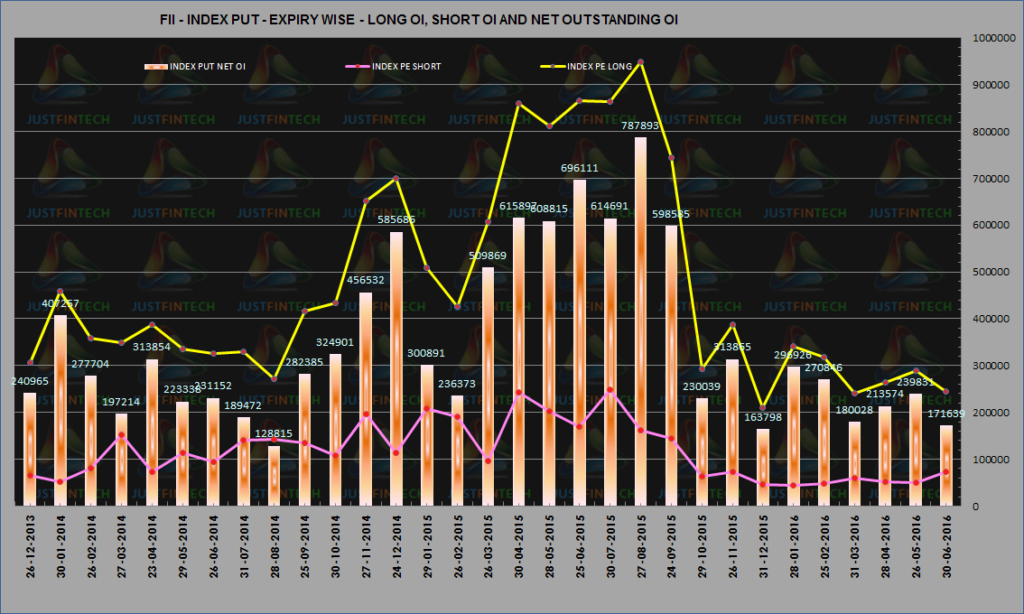 Overall the data points to a slightly bullish but cautious stance as there are no fresh positions being build & most of the OI is to protect their existing longs while they were selling entire month but started covering their shorts in the last week & hedging the existing shorts tightly. Into the 1st week of July they might start building fresh positions & that will provide further clue of their stance in the July Expiry series. As the Index has closed at the 2016 highs, any further long build up will carry on the bullish momentum while if they start building shorts, a revisit of 24th June lows would be their initial pullback zone.

All the charts are compiled on the basis of the data available on the website of the National Stock Exchange. Utmost care is taken for data entries & updating of the charts and we are not liable for any errors or omissions caused due to software and/or human error. Trading in Index Derivatives involves substantial risk of loss and should be done after consulting your personal financial adviser/consultant. The above charts are just a graphic presentation of the data and is not a recommendation to buy/sell or trade in any of the derivatives. The usage of the charts is subject to Terms of Use, Risk Disclosure / Disclaimer and Privacy Policy of Justfintech.com