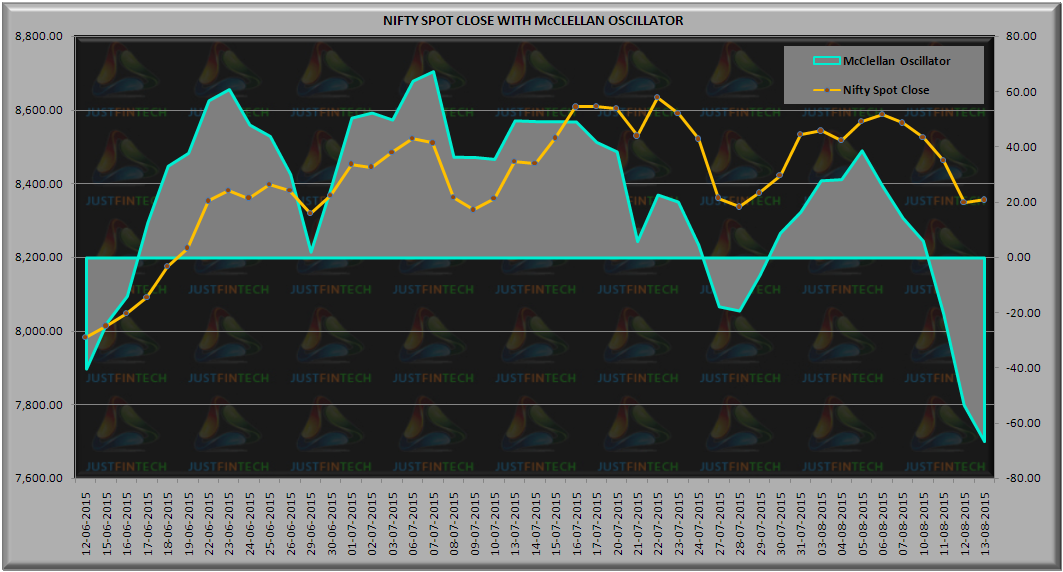 S&P CNX Nifty Spot McClellan Oscillator chart is compiled on the basis of the Exchange wide End of the Day Advance – Decline data provided by the National Stock Exchange. Utmost care is taken for data entries & updating of the charts and we are not liable for any errors or omissions caused due to software and/or human error. The usage of the charts is subject to terms of use of this site and is not a recommendation of any sort but is just for information purpose only. justfintech.com being the official website of Justfintech Investment Solutions LLP, Mumbai, we hereby acknowledge that none of the Directors, Designated Partners, Authors or Staff are Registered with SEBI or any other  Regulatory Authority as Research Analysts or Investment Advisers. As SEBI has clarified that comments or report on General Market Trend, Broad-based Indices, Economic, political or market conditions, Technical Analysis on Demand and Supply levels do not fall under the scope of the SEBI’s Research Analysts Regulations 2014 hence we will be posting articles/posts/charts in accordance with those rules w.e.f 01-12-2014.