You are here:
FII Data Watch 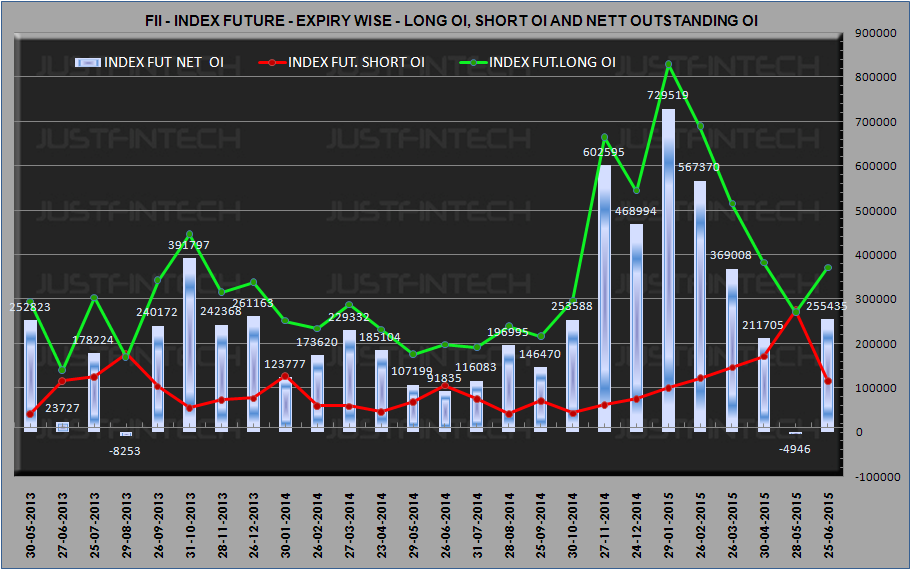 We have ended the August Expiry series with the S&P CNX Nifty Index making a fresh low of the year 2015 at 7667.25 on 25-08, & ended the expiry day at 7948.95, the worst loss on EoE basis since August 2013. The Nifty futures August 2015 contract last traded at 7948 while the September 2015 Contract traded at 7991. The statistics of the Institutions, whether Domestic or Foreign, provide a better view of their commitment towards the Index. As the DIIs are not that much involved in trading of Index Future Derivatives, we keep a close look at the Index Derivatives statistics of FIIs on a Daily as well as Expiry on Expiry basis. You can have a look at the FII Daily Index Derivatives Statistics by following this link – Daily FII – Index Derivative Statistics

Since the beginning of the series we had been observing that the Index moves were in sync with FII positions in the Index Derivative segment, barring 3 instances when the moves went against but with a very narrow range. So on a broader perspective, this data helped us a lot in taking trading decisions coupled with our Market Profile & Order flow analysis for our daily hypothesis. 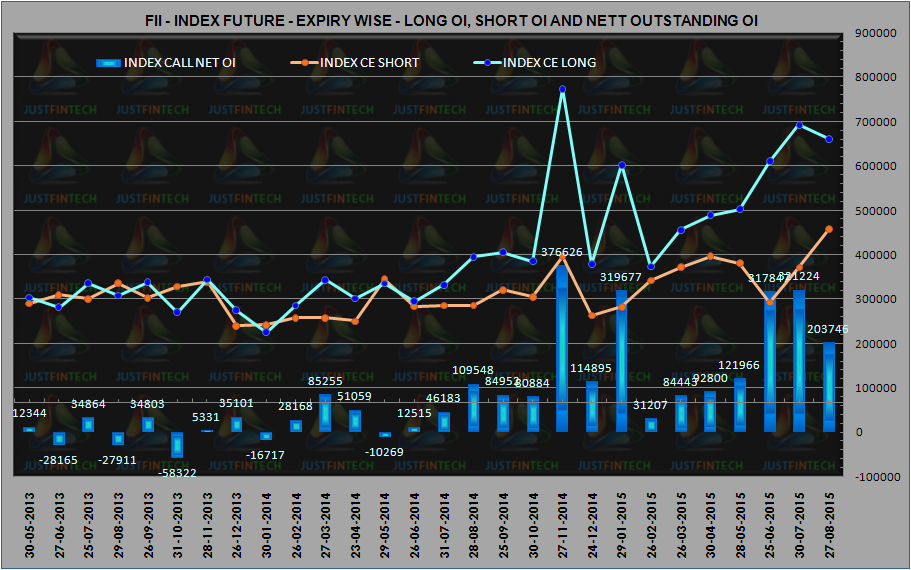 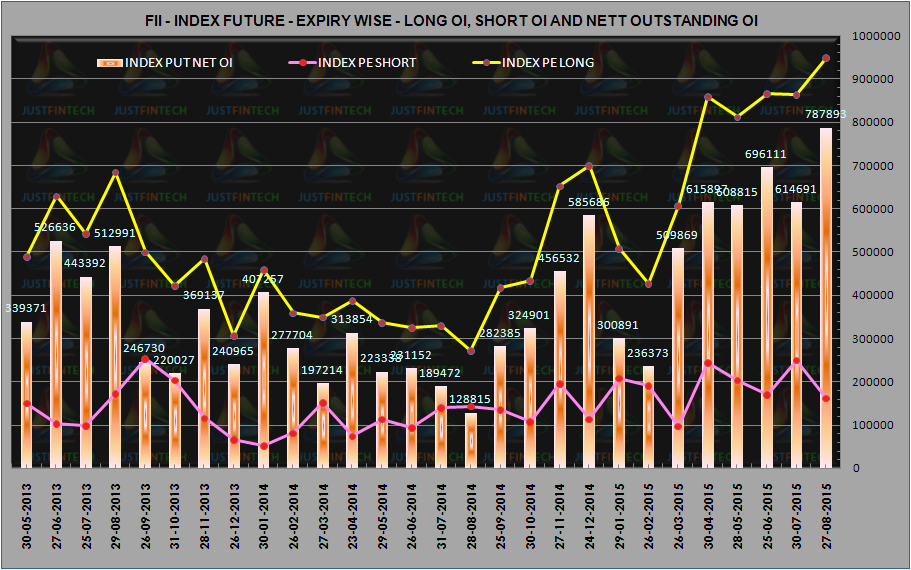 On the Index Options front :

Thus, going by the FII data it looks like they are having a bearish/cautious stance on the Index going forward in September 2015. There is a lot happening on the world economy front with the Chinese markets dragging the world markets down with their currency devaluation & Institutions awaiting the FED announcement of the rate hike if happens.

All the charts are compiled on the basis of the data available on the website of the National Stock Exchange. Utmost care is taken for data entries & updating of the charts and we are not liable for any errors or omissions caused due to software and/or human error. Trading in Index Derivatives involves huge risk and should be done after consulting your personal financial adviser/consultant. The above charts are just a graphic presentation of the data and is not a recommendation to buy/sell or trade in any of the derivatives.  The usage of the charts is subject to terms of use of this site and is not a recommendation of any sort but is just for education/information purpose only. We hereby acknowledge that, justfintech.com being the official website of Justfintech Investment Solutions LLP, Mumbai, None of the Directors, Designated Partners, Authors or Staff are Registered with SEBI or any other  Regulatory Authority as Research Analysts or Investment Advisers. As SEBI has clarified that comments on General Market Trend, Broad-based Indices, Economic, political and market conditions, Technical Analysis on Demand and Supply levels do not fall under the scope of the SEBI’s Research Analysts Regulations 2014 hence we will be posting articles/posts/charts in accordance with those rules w.e.f 01-12-2014.